Development, prototyping and contract production of hardware and software and systems for providing communication via various channels: radio, GSM, Ethernet, IP, etc. Examples of solutions: VoIP gateway, GSM gateway, and other used, for example, used by airport dispatching services - with algorithms to allocate the voice of the dispatcher from the surrounding sound environment, and remove noise. 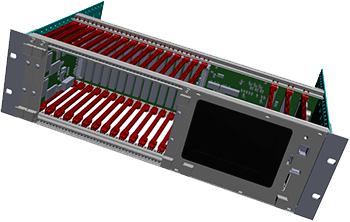 In the second half of 20th century there was a huge breakthrough in the information technology industry. In particular, there appeared lots of electronic devices. So nowadays, everyone has at least one of the high-tech ones. Once the Internet connection became available for users, the all-time increase happened to telecommunications equipment that influenced the next-generation devices’ quality incredibly. So why is it important and which of those devices can be implemented particularly in your business?

What Is Telecommunications Equipment?

First of all, let’s observe what the telecom equipment is. The telecommunications equipment is simply hardware that works as a link between lots of users and serves to transfer data around the world no matter what distance between them. Such devices are often used in telephony, wire, wireless, optical and radio systems, etc.

However, at the end of 20th century the appearance of the Internet became a crucial game-changer. Since that time, telecommunication networks have expanded greatly and the majority of communications are performed through the Internet connection. As a result, the quality of sent data turned out to be of higher quality than it was.

Despite the fact that because of this reason the demand for telecommunication network equipment reduced among regular users, still it’s an irreplaceable hardware for a particular category of companies where stability is highly valued. Moreover, the exporters of such devices have transformed their products into something useful for regular users, too.

Where Is The Telecommunication Equipment Used?

So basically, the task of telecom equipment is to provide fast and high-quality global data transmission between users. The simplest examples of such devices are a mobile phone, modem, routers, etc. So here are the hints where they can be used.

It’s safe to say that telecommunications equipment supplier has adapted to the changes on the market. Thus, it’s quite difficult to find someone who doesn’t have at least one of such hardware. Moreover, it is not necessarily that such equipment is in the form of a separate device, it can also be a tiny chip in your gadget that you can’t even see.

What Types Of Telecommunication Equipment Are There?

Now, let’s take a look at the types of products that a regular telecommunication equipment company produces. There are 3 major types of telecom equipment. Each of them has its own subdivisions.

What Are The Leading Countries Producing Telecommunications Equipment?

The leading country of telecom equipment manufacturer is China. The second place is taken by the USA, the third is Japan. However, the fourth place is divided by a couple of countries with approximately the same income: Finland and Sweden.

Thus, the search of the telecom system equipment may be finished by purchasing one of the regular devices available on the market. But if you want to be sure that it’s purchase is ideal exactly for your type of business and it meets all the requirements, then it’s better to find a reliable telecommunications equipment manufacturer.

In fact, if you are here, then you have already found one - it’s Axonim company that can make special hardware exactly for you. It is achieved by a thorough analysis of conditions of work processes in your business and adapting professional experience into the project that is delicately tailored for you. So if you want durable equipment that works without issues, then it’s better to deal with masters of own craft, like Axonim company is.