AXONIM Devices fulfills wide range of tasks and solutions for companies specializing in the industrial automation.
Hardware platforms development based on TI Sitara, Analog Devices BlackFin, FPGA Xilinx, Altera Cyclone, etc. for the companies such as VIPA, Profichip, Yaskawa, Lenze.
Hardware and software solutions development for the quality control systems of products and processes, optical sensors, 2D and 3D laser scanning.
Hardware and software solutions development for automation of the process of testing of microcircuits, produced electronics, including testing techniques and test stands.
Industrial controllers design, for example, telemetry with subsequent control of the Scada system. RTOS eCOS solution on the TI Concerto platform.
Technical support of automation systems based on controllers. 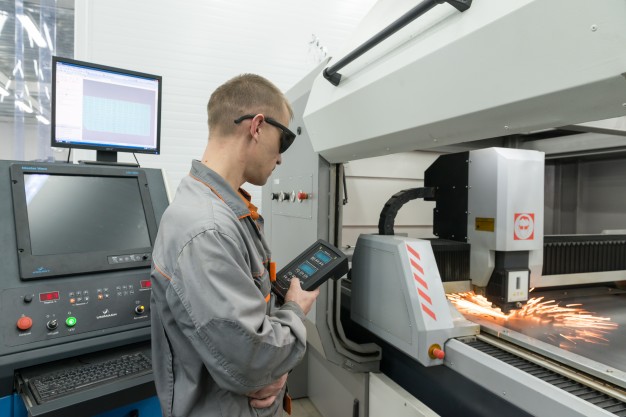 There is a well-known fact that the 20th century was a crucial breakthrough in human history. As a result, people now are familiar with lots of things about the world that were hidden before. Moreover, human productivity is multiplied thanks to high-tech technologies, and one of them is industrial automation.

What Does The Industrial Automation Mean?

The alternative definition is technical industrial automation. It is a technology that is applicable to any aspect of daily life which means that the usual process is performed as fast as possible with minimum fails. Consequently, the final product comes out of decent quality. Such a solution significantly reduces the cost for design and manufacturing so consumers get high-quality things for a lower price. That, in turn, pleasantly influences the development of any business.

Basically, the industrial automation products are carried out by a single machine or factory that consists of numerous machines. In case of the set of industrial automation equipment, the manufacturing itself is divided into several stage processes, so each machine starts working only when the previous one in conveyor finishes its program.

The whole mechanical unit implies that there is no human work involved at all. It requires constant quality control, though. And as you might have guessed, only a human can evaluate whether the manufacturing process fails or does well. However, special applications installed on a Programmable Logic Computer (PLC) are often used in order to measure the efficiency indices, so machines’ programs can be adjusted according to the goal to be achieved.

The drawback is that small business hardly ever has specialists that can deal with not only machinery but with its software, too. That is why the managerial staff are fain to hire automation equipment manufacturer engineers. Still, some suppliers do provide such professionals for free. But this is quite an exceptional case.

How Does It Work?

In order to understand how the machines work, you should consider the industrial automation systems as a huge complex. Thus, each system has a particular level of responsibility.

As you can see, there is no single machine that is responsible for all types of analysis. However, this is an ideal pattern that works for enterprises. Thus, in case of small businesses, the higher level’s responsibilities are usually performed manually.

What Are The Types Of Industrial Automation?

There are three basic types of automation devices: fixed, programmable, and soft. Let’s take a look at each of them closely.

The hard and soft automation machines are really popular because of their relatively fast cost recovery and profit brought for business. However, the startups prefer to have programmable devices that are of comparatively low price, adjust-friendly, so universal in use.

How The Industrial Automation Appeared?

The history of industrial automation technologies traces back to the Greek and Arab culture development in a period from 300 BC. The first vaguely resembling device was a floating regulator that was installed in the water clock. This mechanism became the first that was controlled by a separate detail - the float’s feedback.

In the middle centuries, there appeared self-moving machinery such as grain mills. However, the steam engines brought a bigger breakthrough since they required additional equipment. Thus, the first temperature regulators appeared at the beginning of the 17th century. Later, there were invented more and more auxiliary regulators, devices and valuable knowledge in mechanics that became crucial in the development of automation equipment.

In the 19th century valve engines appeared. But the 20th century, as you have known, is a game-changer. Electricity is a limitless power resource that made all machines work more efficiently, and the quality of the product increased greatly. Even both World Wars contributed to the high progress so the vital jump in science and mechanics allowed to make super machine that could be operated by a man but not required any human power. However, the first robot appeared only after releasing the first software in the 1970s.

Do You Really Need The Technical Industrial Automation Implemented For Your Business?

No matter how difficult or awkward your idea is, Axonim is a successful industrial automation company that will help you to bring this dream come true. Moreover, we can share some valuable expertise on how to reduce primary expenses in running your business. So if you are interested, don’t waste your time and message us.