Processor modules and any other embedded solutions contract development with the purpose to use as a basic hardware and software platform and integration into the serial products of our customers. Customized emedded solutions can significantly reduce the time to develop a wide range of own products and devices.
Examples of processor modules MTAX-SoM-AM335x, AX-SoM-CL335x, AX-SoM-XC7Z020, AX-SoM-BF60x, AXSY-SoM-SAMA5D3x
Examples of single-board computers AX-SoM-CL335x, C300 Lenze. 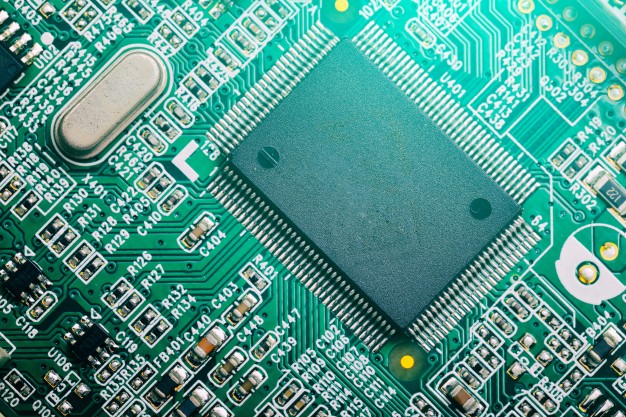 Every home appliance or a tiny gadget consists of lots of tiny parts that can’t be seen by a regular user. In particular, there are numerous chips, wires and, the main one is a processor that allows specific devices to work. Altogether, they are well-known as embedded hardware, and thanks to it, you can enjoy your comfort. And, here are 5 things you should know about embedded systems.

What Is Embedded Systems?

So, as it was mentioned, the embedded systems is a platform that comprises lots of tiny installed components, as a result, it allows the device where it is to work. In fact, it is a small computer system with all the necessary hardware to operate: processor, memory and peripheral devices. Depending on where such a system is installed, it may have various functions. Thus, the agricultural device’s embedded system is absolutely different from the one which is in airplane one.

Another thing is that the embedded hw doesn’t necessarily have only a strict set of components in it. Far and by, there can be a conjunction of electrical, mechanical and electronic equipment, too. Moreover, since the majority of modern devices do have firmware, almost all of them already come with the microcontrollers that are, basically, microprocessors with memory and peripheral devices that are integrated. However, the producers of complex systems still prefer to use ordinary microprocessors that have attached the memory and peripheral devices externally.

It’s quite hard to stick to embedded system hardware design that can meet the requirements of any industry. However, some manufacturers make blank sets that can be improved by specialists in further stages of development. In addition, its physical size and weight really matter especially when it comes to significantly small gadgets. Thus, during the development process, there may be some challenges in designing embedded hardware, since they need to remain functioning without any changes and losing particular properties.

Another type of embedded system hardware is customized one. In fact, this one can be made from the blank set. However, the most valuable one is that is made from scratch for a specific project. By the way, this type of embedded hardware design and development can be performed by Axonim company taking into account all customer’s requirements.

The prerequisites of the appearing of embedded systems is the presence of computing microprocessors, which in turn is a result of metal-oxide-semiconductor (MOS) circuit evolution that started in the 1960s. In 1964, the density and the cost of manufacturing MOS chips were at the highest level. And, according to Moore’s law that states that the density of circuits that are integrated tend to double in two years, the complexity and number of MOS chips increased significantly. Such an effect caused a Large-scale integration (LSI) that involved installing numerous transistors on a single MOS chip. This progress was fundamental in the development of the first microprocessors. And, as a result, at the end of 1960s, there was an introduction of computer processors with a few MOS LSI chips.

The first fully functioning embedded systems were used in the space program Apollo. The main goal was to reduce the size and weight, but it became the riskiest thing ever, since it was the newly developed computing integrated circuit and never tested before. Thus, the first embedded system hardware for ordinary users was Autonetics D-17 guidance computer that was announced in 1961st.

What is Embedded Systems Software?

Compared to modern desktop computers, industrial microprocessors are not so complex. It means that they don’t even need a User Interface to operate them. Instead, they run on bare metal and their programs are written in machine code language.

Meanwhile, the majority of computers require an operating system so users can fully use its functions tracking what’s going on in real-time. Basically, the embedded systems software (SW) is a visual part of a more comfortable operation. For sure, you are familiar with the similar applications set up on your desktop or mobile phone.

However, unfortunately, embedded hardware and operating systems do not always come together. Thus, if you need a program that can launch a particular function in your device with the installed hardware, then you will have to do it by yourself or hire an engineer.

The nice thing is that some mass-market operating systems can also run on the embedded hardware. In particular Windows IoT (the older edition is Embedded) and Embedded Java.

What Are The Best Practices To Secure Embedded Systems?

The embedded systems software is the same as the regular applications on your laptop. Mobile or desktop device - it’s no exception for hackers. And, as you might have known, the most valuable thing for a business or any person is data that is stored and attracts information pirates. Thus, it’s quite important to avoid such cases and make as much as possible so the embedded systems can withstand such attacks.

In fact, the crucial influencer of security lies in the stage of the engineering hardware architecture of embedded systems. Thus, the manufacturer always has to pay attention to threat simulation. The good news is that the best practices are not as different as from traditional applications.

Here are some weak points that should be eliminated while the hardware and software architecture of embedded systems is developed:

If you want to be sure about how your system works and not to worry about potential hacker attacks, then you should thoroughly check each of these aspects. Some of them may require additional testing procedures and an extra toolset.

Where The Embedded Systems are Used?

The embedded hardware and software are not limited or restricted by usage in various industries. In fact, they are widely spread. But the highest demand is in the IoT industry that develops with seven-league steps. For example, for sure, you are familiar with drones, smart homes, etc.

So if you are in search of the embedded hardware design service and want to get the best result, then it’s better to contact the company that has enough expertise to do it for you. Luckily, there is no need to look far and wide, since Axonim co is the one that you are looking for.