For sure, action film fans are already familiar with the military thermal goggles, but not everyone knows that this type of device exists in real life. Moreover, it’s widely used by the army (obviously), and its usage is successfully adopted for commercial purposes too. So what exactly is this device and how we can benefit from employing it in everyday life?

What Are Thermal Goggles?

Military thermal goggles are a special device that allows the user to see in total darkness thanks to a special optics with infrared radiation. The whole unit consists of an image intensifier tube that is well protected from damages and water by a special housing.

Speaking about the working principle, the user doesn’t see the real picture but the image reproduction by measuring the heat from the target by infrared rays only. Thus, it doesn’t require any ambient light so it can work not only during the day but at night too. To be more precise, the IR radiation measures the waves’ length and then renders the image based on the result. The picture is usually monochrome: the higher temperature the target has, the lighter the picture will be. However, the latest versions of military thermal imaging devices can produce the picture with a range of colors. 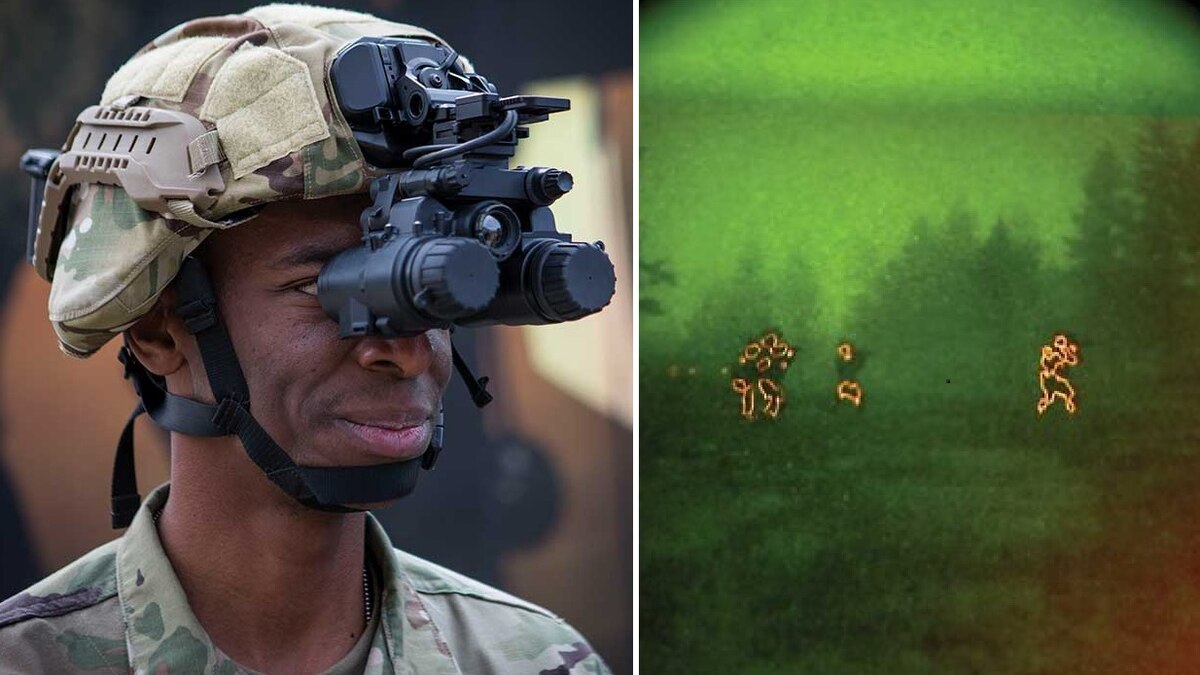 It is a reliable device that can operate 24 hours non-stop, and the durability is on a high level. But this type of equipment is best for tactical purposes such as detecting and recognizing the target, rather than hunting it. Thus, it will be just a nice complement to the weapon.

How The Military Thermal Camera Was Discovered?

In fact, such a vital device couldn’t even exist without the discovery of infrared radiation. Luckily, in 1800, a necessary breakthrough was achieved by astronomer Sir William Herschel. Since then, infrared light was mainly used for measuring temperature. As a result, there was active employment of new technology in daily life, so there appeared a high demand for the production of appropriate detectors and sensors for bolometers and thermometers. And the next game-changing step was made by Leopoldo Nobili: applying the Seebeck effect, in 1829, he brought the first thermocouple into the world. It was the better version of a regular thermometer and the raw version of a thermopile. The development of detectors was interrupted by World War I. But beginning in 1913, there appeared more and more new discoveries for civilians where IR technology was successfully implemented.

The first military thermal camera appeared in Britain for air defense in 1929. The inventor was Kálmán Tihanyi - a physicist from Hungary. Meanwhile, in the USA it was the line scanner. This device was developed by the union of commercial company Texas Instruments and the US military in 1947. However, it had a major drawback - it took one hour to draw the image.

The advanced alternative was implemented for British defense in the 1950s. It was a linescan unit that comprised a special detector and constantly rotating mirror that was launched by the minor motion of any flying object. It was called Yellow Duckling that was a prototype of the first implementation of landline scans for protecting underwater attacks. Unfortunately, the expected function of wake detection systems didn’t work properly, but it served as a push for the active adoption of IR technology for scanning for military purposes.

There were a few more crucial discoveries since that time, but the last one that made the production of military thermal vision to grow significantly was pyro-electronic scanning and solid-state thermal-imaging arrays. They were the fundamentals of all the modern thermal vision devices that are operated by the hybrid single-crystal-slice.

Currently, all the thermal vision devices are divided into two types: those that have cooled or uncooled detectors. Both have their specific features that can suit certain conditions. Let’s take a look closer at each of them. 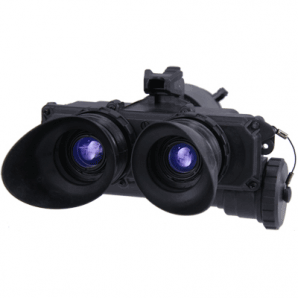 The devices with uncooled detectors are often encountered units because they are less pricey due to the simplified process of production. In particular, these gadgets are equipped with sensors that work at ambient temperature. Their principle of work stands for measuring the after IR heating values of current, resistance, and voltage in a result of directing the infrared beam onto the object. Then, it automatically compares the output and input values in order to render the image. Such construction doesn’t guarantee the high precision results, particularly, the image has a low-quality resolution.

Equipment with cooled detectors is an expensive option because of its technology of production and additions that it comes with and supports its proper work. The point is that the cooled detector is sealed with a vacuum container that requires constant cooling. Such a solution allows devices to work with extreme temperature ranges and produce the highest precision of the image. The military-grade thermal goggles belong to this type of thermal vision device providing users with high-performance results.

Military Thermal Goggles In Use

The scopes of where the thermal equipment (including military) can be applied are almost unlimited. Besides, the technology always refines so it is rightly considered to be a vital product made by mankind, especially for defensive purposes. However, the usage of thermal vision devices is also important. In particular, building industry and troubleshooting of heat leakage, moisture occurring in houses, etc.

Another useful application is in anti-terrorism, illegal country visitors monitoring, and fire-fighting purposes.

On a separate note, the IR technology is also actively used in medicine and veterinary. And of course, such devices are pioneers in astronomy and universe discoveries.

Besides, some of the principles are also successfully implemented in home appliances and gadgets that we use on a daily basis. Thus, it’s safe to say that thermal vision equipment can solve almost all the problems you may encounter. So if you can’t find the exact instrument, it doesn’t mean that it doesn’t exist. In fact, similar devices can be adapted according to your requirements or even created new ones in order to satisfy you. But, in order to do this, it’s better to deal with professionals like Axonim company.