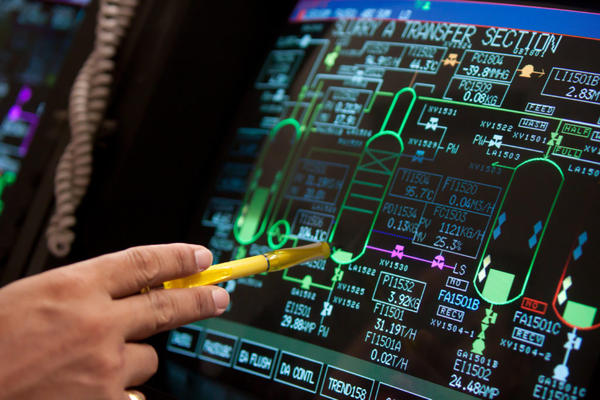 At a particular stage of your manufacturing business, you may realize that all the data is collected manually and saved on the computer is not enough already. Moreover, you may also be unsatisfied with business applications that lack the functions. Thus, the time is high for the new step — implementing more complex Industrial Control Systems. And, if you are not familiar with it yet, then this article will reveal what is it and what it used for.

What Is Industrial Control Systems?

The Industrial Control Systems (ICS) is a universal term that is used for describing a bunch of industrial control components that are embedded at a factory for delivering higher effectiveness in a shorter period of time by quality control of electronic tasks. According to the type of industry, purpose, and a potential manufacturing volume the number and type of industrial control software and equipment may vary greatly. Subsequently, there are a few kinds of industrial process control system, but only a few are the most relevant and often utilized.

What Types Of Industrial Control Systems Are There?

As it was already mentioned, there exist several types of such a complicated industrial machine control. Let’s have a look at each of them more closely.

What Components of Industrial Control Systems Can Be?

In fact, the whole process can’t perform nicely without proper design before it is installed. However, the most crucial detail in this complex chain of delivering high-quality products is its components. So let’s figure out, what kind of components are there.

There were not mentioned all the industrial automation and control components, but only the most common ones. The selection and combination with other components vary from industry to industry.

For sure, as a potential user of such a complicated industrial control & automation system, you may be confused by lots of strange definitions and information about that. However, you shouldn’t deeply understand how it works rather find a trustworthy contractor who can do it for you from a to z. In particular, Axonim company is an expert in the field of industrial control engineering and automation control panel design. Thus, you can be confident with a final result dealing with Axonim company.